Where in the World is the Shusterman/Greenwell Family

With less than 6 months before we leave, the countdown is on! We have about half of our accomodations booked and half of the VISAs that we need before we leave in our passports. We have a stack of Euros stashed away (assuming that the dollar will drop further) and we hold a FREE one way ticket to Amsterdam for all four of us (Thank you Delta Frequent Flyers).

So now you ask, "Where are we going?" If you're planning that once in a lifetime vacation (I know we are) and want to hook up with us, you'll need to know where we will be when -- so here's the rundown. If I ever figure out how to put a calander on this Blog, I'll repost the itinerary in that format.

On September 11, 2007 we toasted to 9 more months until we left for our trip. 9 months I thought, that's how long one is pregnant. But of course, you never find out you're pregnant right away, it usually takes about 6 weeks until you discover the moment that will change your life forever. You therefore only feel pregnant for about 7 1/2 months. So why is it that with 8 months to go as of today, I feel like I should have a potty trained toddler at this point.

The first step to blogging our trip is to set up the blog, a new experience for us non-techies. We did it! Avocet, you're a genius!
Posted by lisa at 7:28 AM No comments: 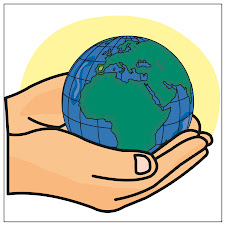 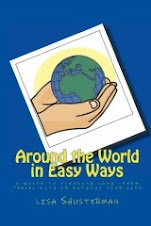